One day, sometime in the 2030s, if all goes according to plan, four astronauts will ride an Orion Multi Purpose Crew Vehicle (MPCV) to the surface of Mars after having lived and worked in a Deep Space Habitat that has been attached to the Orion for the previous nine months, or so.

What are these astronauts doing right now, today, here on Earth? (You might want to know.)

They are preparing for the Journey to Mars. Some of them may know that’s what they are doing some may not, but every one of them is creating their own “Right Stuff” that will qualify them for the Journey to Mars. In addition to meeting the NASA Basic Qualification Requirements (see below) the Mars bound astronauts will have completed multiple missions into cislunar space and may have landed on an asteroid, completed a round-trip to orbit Mars and return to Earth not having landed on the surface of Mars.

[[ Applicants must meet the following minimum requirements before submitting an application.

[] Degree must be followed by at least 3 years of related, progressively responsible, professional experience or at least 1,000 pilot-in-command time in jet aircraft. An advanced degree is desirable and may be substituted for experience as follows: master’s degree = 1 year of experience, doctoral degree = 3 years of experience.

[] Teaching experience, including experience at the K – 12 levels, is considered to be qualifying experience for the Astronaut Candidate position; provided degree is in a Science, Engineering, or Mathematics field.

[] Ability to pass the NASA Astronaut physical, which includes the following specific requirements:

[] Distant and near visual acuity: Must be correctable to 20/20, each eye.

As you can see in the illustration below, there are 4 parts that make up then payload for an SLS rocket that will take astronauts to Mars. Rather than putting all 4 parts into a single post, we (YOU & I) will look at them one at a time to delve into the details of each. The remainder of the SLS rocket is mostly fuel and rocket engines and we will take a closer look at them, later. 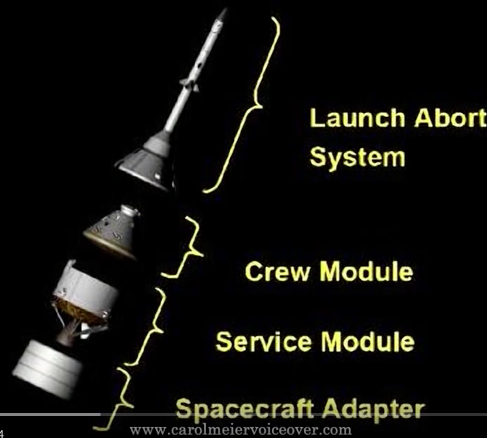 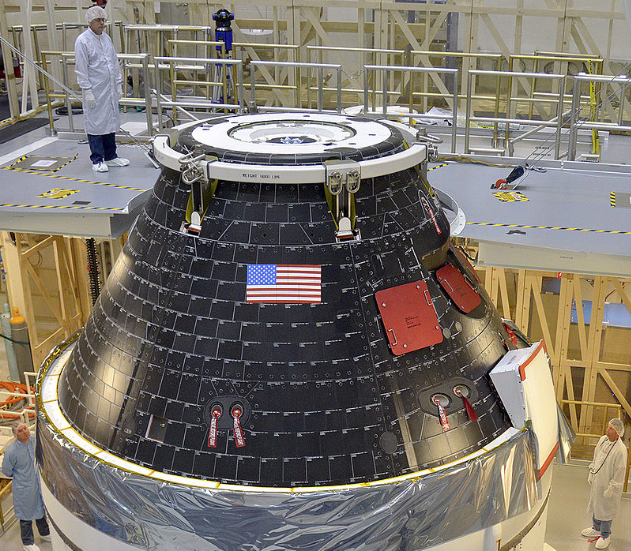 After landing in then Pacific about 600 miles off the California coast Orion was recovered and tested to gather information that will help to correct any problems before the next test.

 
As you can see in the photo below, Orion’s heat shield was charred even though the return speed of about 20,000 mph is far below speed of reentry after future missions into deep space when the return speed will be almost 30,000 mph and temperatures will rise to 5,ooo degrees.

In my next post we (YOU & I) will take a closer look into the Orion MPCV  including the attached Servise Module. The Service module was not included in the initial test described above.

Retired 29 May 1987. Now do hobbies: blogging, ham radio, gardening, etc.
View all posts by w6bky →
This entry was posted in Journey to Mars and tagged Orion, The Right Stuff. Bookmark the permalink.